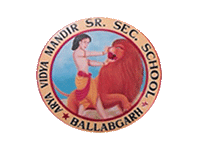 1. Objective: To provide a mechanism to students of the school to raise their grievances and to provide redressal for the same so that they have smooth tenure at the school from the day of admission till they leave school.
2. Definition: “Aggrieved student” means a student who has any complaint in the matters concerned with the grievances defined under these guidelines, and includes a person seeking admission to the school.
3. “Grievances”: Grievances include the following complaints of the aggrieved students, namely:
i) Making admission contrary to merit determined in accordance with the declared admission policy of the school;
ii) Demand of money in excess of that specified in the declared admission policy or approved by the competent authority to be charged by the school.
iii) Breach of the policy for reservation in admission as may be applicable
iv) Complaints, of alleged discrimination of students, from the Scheduled Castes, the Scheduled Tribes, Other Backward Classes, Women, Minority or Disabled categories;
v) Non payment or delay in payment of scholarships to any student that the school is committed.
vi) Delay in conduct of examinations or declaration of results beyond that specified in the academic calendar;
vii) Non provision of student amenities as may have been promised or required to be provided by the school;
viii) Denial of quality education as promised at the time of admission or required to be provided;
ix) Non transparent or unfair evaluation practices;
x) Harassment and victimisation of students, including sexual harassment;

With regard to the Supreme Court Judgment and guidelines issued in 1997 to
provide for the effective enforcement of the basic human right of gender equality and guarantee against sexual harassment and abuse, more particularly against sexual harassment at work places, the CBSE has issued circulars to all the institutions, advising them to establish a permanent cell and a committee and to develop guidelines to combat sexual harassment, violence against women. It has further advised the institutions to be proactive by developing a conducive atmosphere in the campus, where the status of woman is respected and they are treated with.

The objectives of the Committee are:

• Prevent discrimination and sexual harassment against women, by promoting gender amity among students and employees;

• Deal with cases of discrimination and sexual harassment against women, in a time bound manner, aiming at ensuring support services to the victimized and termination of the harassment;

• Recommend appropriate punitive action against the guilty to the Principal

The Committee deals with issues relating to sexual harassment at the Arya Vidya Mandir Sr. Sec. School. It is applicable to all students, staff and faculty. A complaint of discrimination or sexual harassment may be lodged by the victim or a third party. A written complaint may be addressed to the Convener of the Committee. If the complaint is made to any of the Committee members, they may forward it to the Convener of the Committee Against Sexual Harassment. Here it should be noted that according to the Supreme Court guideline Sexual harassment can be defined as “unwelcome” sexually determined behaviour (whether directly or by implication) as:
• Physical contact and advances
• Demand or request for sexual favours
• Sexually coloured remarks
• Showing derogatory picture
• Other unwelcome physical, verbal or non-verbal conduct of a sexual nature.

The following is also sexual harassment and is covered by the committee:

• Eve-teasing,
• Unsavoury remarks,
• Jokes causing or likely to cause awkwardness or embarrassment,
• Innuendos and taunts,
• Gender based insults or sexist remarks,
• Touching or brushing against any part of the body and the like,
• Displaying offensive or derogatory pictures, cartoons, pamphlets or sayings,
• Forcible physical touch or molestation and
• Physical confinement against one’s will and any other act likely to violate one’s privacy.

Procedure for dealing with complaints:

1. Filing of a complaint:

• The committee will ensure confidentiality during the inquiry process and will ensure that in the course of investigation a complaint:

(i) Both parties will be given reasonable opportunity to be heard along with witnesses and to produce any other relevant documents.
(ii) Upon completion of the investigation, both parties will be informed of the results of the investigation.
The committee will be empowered to do all things necessary to ensure a fair hearing of the complaint including all things necessary to ensure that victims or witnesses are neither victimized nor discriminated against while dealing with a complaint of sexual harassment.

• The investigation into a complaint will be conducted in such a way as to maintain confidentiality to the extent practicable under the circumstances.

• The committee will investigate and prepare an enquiry report with recommendation within 4 weeks of the complaint being filed.

Once the investigation is completed, a determination will be
made regarding the validity of the harassment allegation. If it is determined that harassment has occurred; prompt, remedial action will be taken. The committee will share the investigation details and the findings and agree on the applicable disciplinary action. This may include some or all of the following

(i) Restore any lost terms, conditions or benefits of employment to the complainant.
(ii) Committee will take appropriate disciplinary action, up to,
including termination against the accused. All related documents will be maintained in the associate’s folder, ensuring confidentiality.

This anti sexual harassment policy shall not, however, be used to raise malicious complaints. If a complaint has been made in bad faith, as demonstrated by clear and convincing evidence, disciplinary action which may include, termination will be taken against the person raising the complaint.

The policy will be implemented and reviewed by the committee. The school reserves the right to amend, abrogate, modify, rescind / reinstate the entire policy or any part of it at any time.

The inhabitants of Arya Vidya Mandir Sr. Sec. School, Ballabgarh faridabad are fortunate to be living in an environment that is highly conducive to teaching and learning and an all round growth. While academics forms the core of our curricular structure here, the importance of sports and other activities is never undermined by us.